We are all on a heroic journey and every journey has its origin. This is mine. In this post I explore a significant childhood event through the concepts of shadows and persona.

When I was a little boy, my mother committed suicide. Her choice to leave and all that I will never feel from or share with her has become, in a psychological sense, my “shadow”.

We all have a shadow but what is a shadow? Famed psychologist, Carl Jung, used this term to describe a part of our psyche hidden from view. The shadow is that part of us hidden from light. It is our dark side, but this isn’t the same as saying it is our evil side. Still, we fear it and press it into our personal unconscious.

There is the potential to develop a phobia around the cause(s) of our shadow. This leads us to avoid, suppress, fear, and run from our darkness. On the other side of the scale, we may face our shadow in a way that is counter-phobic. Instead of fear and/or avoidance, we confront the darkness of our deepest fear over and over and over. Phobia and counter-phobia are both extremes. We need to look to the scales of Libra and seek balance.

Riding along with our shadow, we have our persona. Our persona is what others see when they look at us. It is our light and the collection of masks we wear when interacting in the outer world. A person can be shadow dominated or persona dominated. It is through the journey of personal discovery and the merging of our shadow and persona that we progress towards wholeness of being. If we succeed in this journey, we approach the archetype of our greatest individual potential—Self.

My mother, regardless of reasons or her intent, dropped the emotional equivalent of a nuclear bomb on me. My journey took on a different color and I felt cast into what I think of as the Battle of Evermore. You may recognize this a song by Led Zeppelin. The power, emotion, and metaphors of this song take me to that space. The gut-wrenching plea at the end to bring the balance back is something that resonates deeply with me.

Long before I became aware of the constructs of persona and shadow, I was drawn to the contrast of light and darkness and the magical interplay of colors in the transition…in the afterglow. I have often looked at the scales of Libra with much more than a passing glance. Thinking about psychology using modern-day mythology or culture, the origin story of Batman and his journey has lingered as more than a childhood fascination.

I have two letters from my mother. One is a birthday card. I didn’t know this card existed until it fell out of my grandmother’s bible while I was unpacking during my last move. I must have read it a hundred times in a row. It literally brought me to my knees. The other letter is her suicide note. I’ve read it once. I wish I had been more organized as a child and saved her memories. I save all love letters and cards now. An example of this behavior are the love letters floating through my video, Strawberry Letter 23.
Children are resilient and life is really, really good. I smile a lot and it comes from a genuine space. I am happy. I have fun and wake up excited (after coffee anyway) about the day ahead. I am as motivated as ever before and my dreams are greater than my memories. Still, I am a thinker…I want to know more.
I have more questions than answers and seek to understand it all on a deeper level. Why have I done certain things? What have I been searching for? Have I balanced Libra’s scale? Will there ever be enough “wine, women, and song” in this world to fill the void she left behind? Did I want to fuck every woman in the world (a state of mind I explore in the video Hammer of the Gods). Was my “love” some form of vengence or did I genuinely want to make love to every woman? Have I wanted every woman to know that there is always light…to ensure that no woman hurts the way she did? Or, do I want to dance in their darkness without fear? Does love always die?
I think about the tragedy in Batman’s origin story and his motivation. I see Batman and superheroes as modern-day archetypes. Is there a lesson in behavioral psychology to be learned in exploring this potential analogy? 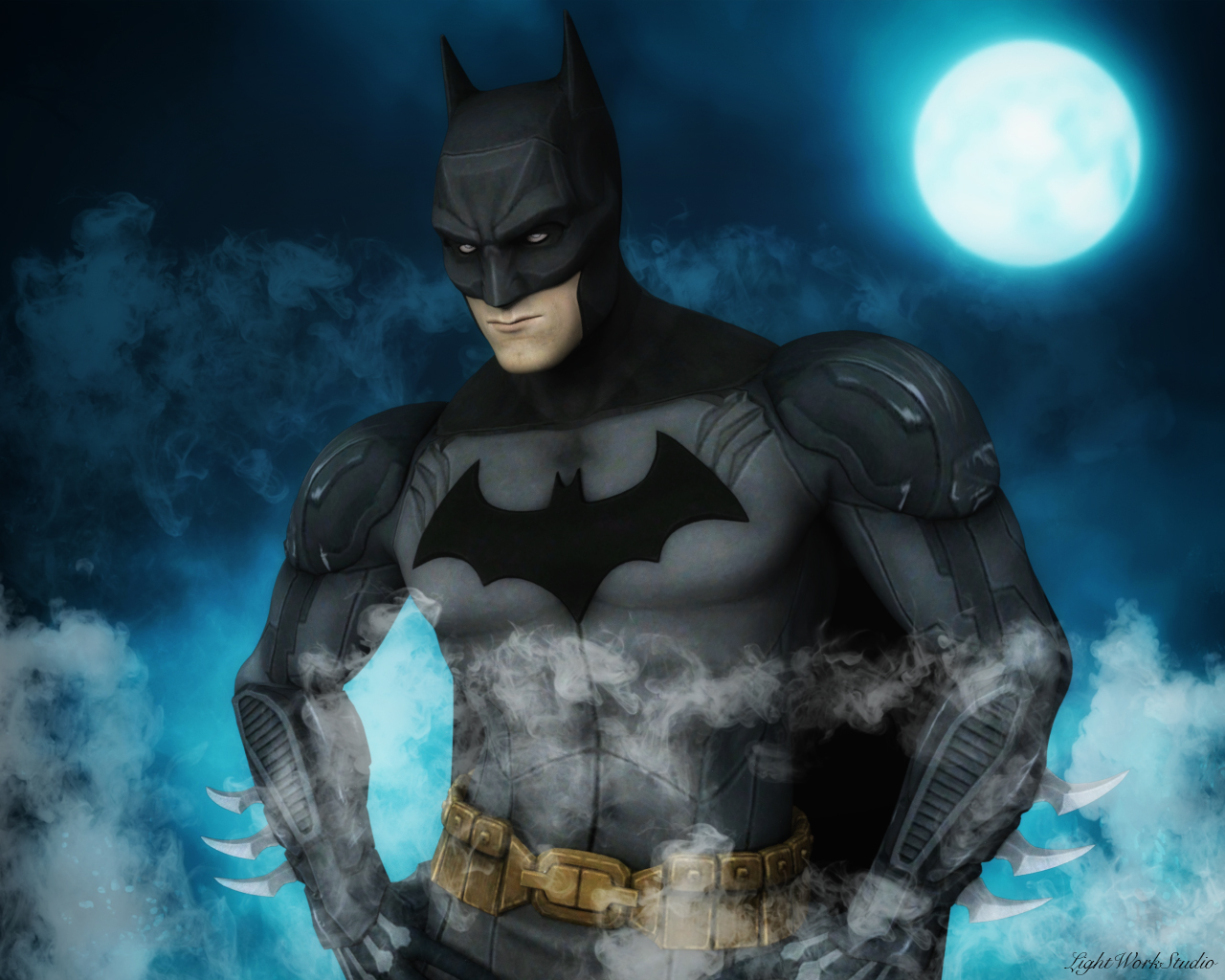 Each Halloween I dress as Batman, and it is much more than a whimsical choice. As for the utility belt, I am sure to be packing. If you’re going to work at night, you need the proper tool(s)…

The exploration of concepts in this post are advanced in an upcoming post called Dawn of Understanding.

Visit Me at Deviant Art

You Make Me Smile